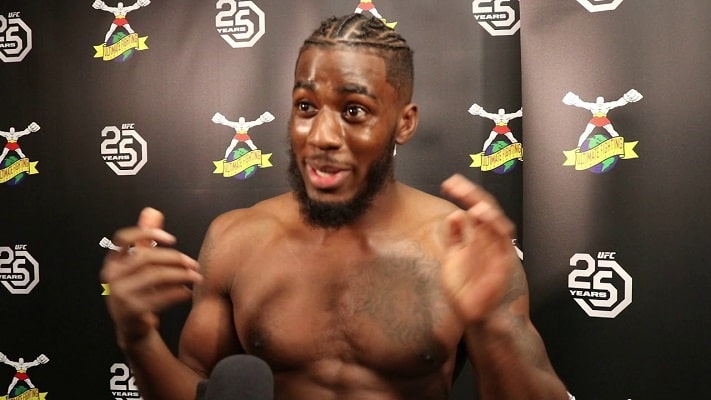 If you’ve ever seen Devonte Smith fight, you’ve probably seen fireworks underfoot. At one point, he had won four straight first-round knockouts, including one in the Contender series and two more inside the UFC. In fact, with the exception of a triangular choke which he recovered in 2017, Smith finished all of his fights with his hands.

But what a lot of people don’t know about the Ohio native is that he started to pave the way for his future UFC career on the mats.

For Smith and his brother, who didn’t have much money, that was it, because from an early age he knew he wanted to fight. In his early teens, he and his brother saw an iconic moment and were immediately sure it was something he was going to do with his life.

“[At] 14, me and my older brother were watching Pride a lot, and I saw, I don’t know if it was the fight or the climax, Rampage. He was in a triangular choke and he picked up the guy, slammed him, knocked him out and just started hitting him, ”he recalls. “For some reason I was like ‘I can do this. “

From there, it was all Smith could think of. It was all he could talk about. Sometimes he joked, even to his own detriment.

“I was always talking about it… I didn’t even know how to have conversations if it had nothing to do with wrestling and weight lifting and all that,” he said with his characteristic laugh. “So you can guess how it went with the girls.”

While he wasn’t making waves with the ladies, he immediately started working hard on the mat to start his career in the best (and cheapest) way he knew. Not only was he fighting for his local high school, he and his brother started working even harder – knowing that one day he would be where he is today.

“Also, my brother and I were in the basement all the time fighting – trying jiu jitsu moves, wrestling moves,” he said. “At 14, that’s when I thought, ‘This is what I’m going to do. “

He will continue to fulfill that prophecy this weekend when he takes on Jamie Mullarkey. This fight takes place during the UFC Vegas 38 preliminaries on ESPN +.

You can hear the full interview below at 1:56 am.

Can Michael Page get one from Douglas Lima?