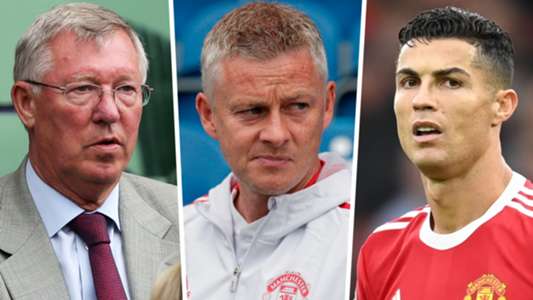 Ronaldo was brought in in the 57th minute against Everton on Saturday with the Red Devils ahead 1-0, but a goal from Andros Townsend eight minutes later forced them to settle for a draw.

Ferguson, the most successful manager in United history, said “you should always start with your best players” in reference to Ronaldo’s diminished role.

The video begins halfway through the conversation, with Ferguson saying: “I also think when they saw that Ronaldo wasn’t playing…”

Nurmagomedov reminds him that Ronaldo entered the second half before Ferguson stepped in, replying: “I know, but you should always start with your best players.”

Many United fans consider everything Ferguson says to be close to the gospel, so his influence on the club remains strong, and his clue that he does not agree with Solskjaer’s managerial approach will likely increase the pressure on the current manager.

A string of poor results have made Solskjaer a target for disgruntled fans who believe their side should dominate the division as they did during Ronaldo’s first stint at Old Trafford.

As a result, his choices beyond Ronaldo’s leadership have been criticized, with his affection for midfield duo Scott McTominay and Fred (aka McFred) proving particularly polarizing.