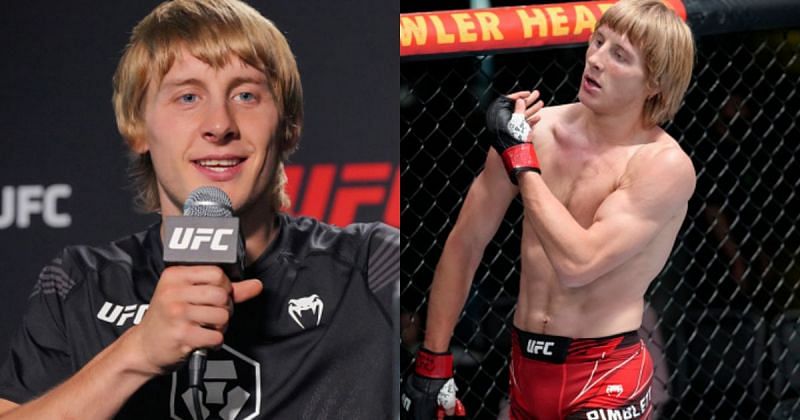 Paddy Pimblett has suggested he has booked his next UFC fight. “The Baddy’s” claim about his next appearance in the Octagon comes about a month after his spectacular UFC debut.

While ‘The Baddy’ has hinted that he has put pen to paper for his next fight, it’s unclear who his opponent is. Fans can expect details regarding Pimblett’s opponent, date and event to be revealed in the coming days.

Paddy Pimblett is ready to take on all the challengers

Paddy Pimblett recently spoke with legendary boxing trainer and combat sports personality Teddy Atlas and touched on several topics. During his appearance on THE FIGHT with Teddy Atlas podcast, Pimblett indicated that he was ready to fight anyone and everyone.

“The Baddy” did point out, however, that while he’s not averse to taking on challengers, his goal is to fight the top five lightweight UFC lightweights over the next two years. Paddy Pimblett said:

“I think the best 155er in the world is Dustin Poirier. Even if he doesn’t have the belt. I think he will win the belt. So Oliveira is brilliant. I also note Islam Makhachev. I would like to fight people like that. The upper echelons of the division. Michael Chandler, Justin Gaethje. People like it. I think they are the top five and in the next two years I want to fight against them.

“I’m not looking for anyone. I do not need it. The number of people talking about me, on Twitter and Instagram. Fighters from the 155 pound division, even fighters from other divisions, guys. They all take pictures with my hair on it. They want to jump in the Paddy wagon, my boy. Like, people can use my name as much as they want, but I won’t name anyone’s name. I do not need it. I’m just going to sit here and smile.

British MMA mainstay Paddy Pimblett just picked up a first round knockout victory over Luigi Vendramini at UFC Fight Night: Brunson vs. Till on September 4, 2021. Pimblett currently competes in the UFC lightweight division.