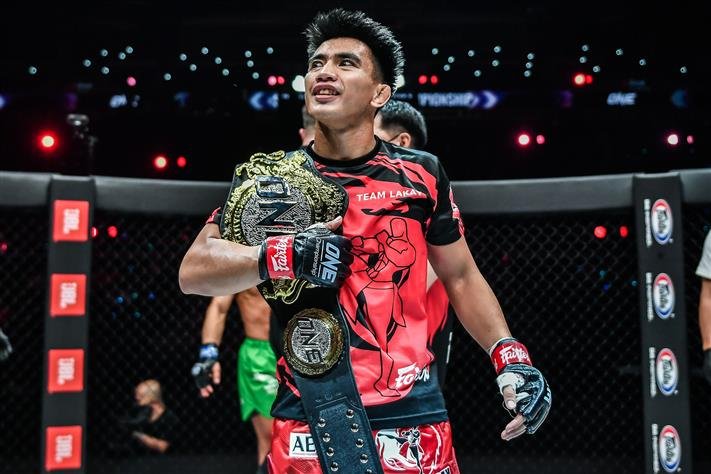 One of three title fights on Friday’s ONE Championship Revolution card saw strawweight champion Joshua Pacio return to action for the first time since January 2020.

Despite the long layoff and fights in his trilogy’s rubber match with Yosuke Saruta, Pacio exceeded expectations. The end came in one turn, with Pacio invading the Japanese fighter for the TKO finish.

“It’s a very incredible feeling to get the win and finish,” Pacio said during his post-fight scrimmage in Singapore (which was attended by media from around the world) on Friday.

After being away for so long, what comes next for “The Passion” is the obvious question. “I plan to go home, rest and work out after two weeks. What’s the next step for me, I think ONE Championship [book] # 2 ranked Yoshitaka Naito against Bokang [Masunyane], or Naito against me, for a new trilogy. That would be great.”

Pacio (20-3) fell to Naito in his first title offer in 2016. Two years later, he toppled Naito to claim the promotion’s strawweight title. What comes next, however, “depends on ONE Championship,” Pacio said on Friday. “For me, my job is to stay prepared, to level up every day. And when ONE Championship calls, I’ll be ready.

In the meantime, Pacio can look forward to a big win that follows a very difficult part of his career. “For me, it’s very, very satisfying. There were a lot of challenges last year, ”he said. “Pandemic, blockages, I got injured, then earlier this year I had COVID-19. I was locked up for four to five weeks. Very difficult. Then recover from this disease, very hard. I just thank God for everything, for his blessings. I am there, 100% healthy.

Watch the full ONE: Revolution post-fight media melee with Joshua Pacio above. You can find more information about the event below.