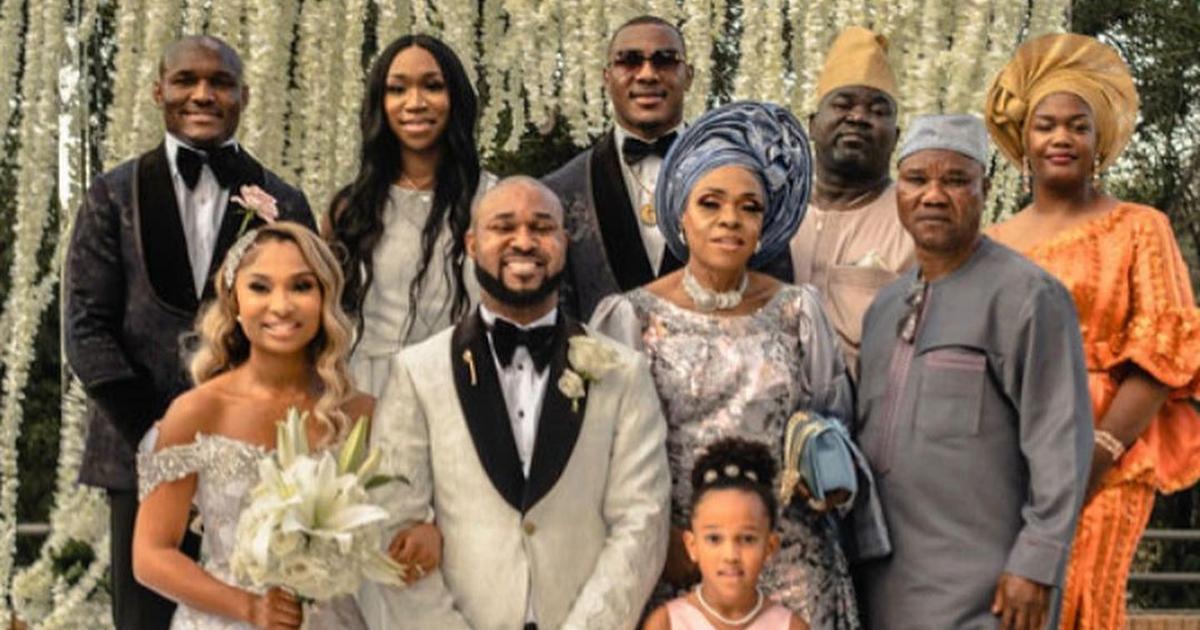 He has something to brag about. This includes the fifth straight defense of his welterweight world title and top-tier wins over Jorge Masvidal, Colby Covington that made the headlines.

However, one thing that hasn’t caught the media’s attention, perhaps because of Usman’s harsh, down-to-earth look, is his emotional side.

Unlike many of his Octagon colleagues, little has been heard of Usman’s wife. Many people have wondered who his girlfriend or his wife is.

“I love Brazil, my girlfriend is Brazilian, my daughter is half Brazilian”, Usman told the Players Wives Wiki in 2016.

This question of who is his girlfriend or his wife was answered when he married his longtime girlfriend, Eleslie Dietzsch.

Usman’s soft side was evident when photos of his wedding surfaced on the internet via his verified Instagram page with his muscles and six packs hidden in his designer wedding suit.

Surprisingly, only a few of these photos showed his wife. Since then, there has been talk of the personality of the wife of the UFC welterweight world champion, who loves to stay away from the media.

She is Portuguese of Brazilian origin. She’ll be 38 on her next birthday, which means she’s five years older than Usman. She is reserved and likes to keep a low profile.

The two lovers have been in a relationship for more than six years and the union has conceived a daughter named Samirah Usman.

Usman has managed to keep his wife out of the media despite the publicity that comes with being a UFC champion. Dietzsch and Usman don’t even follow each other on their social media pages.

The only time Dietzsch was by his side was at UFC 261 when Kamaru fought Masvidal to defend his UFC welterweight title for the fifth time in a row.

The effect was electrifying as Usman dominated Masvidal in the first round and finished him with a devastating right in the second round that put Masvidal to bed, and he never recovered.

Although the two lovers rarely share photos of themselves on the internet, they are channeling their energy into making their six-year-old daughter, Samirah, a star.

Samirah’s Instagram is the @ misspretty_14 page and it’s run by her parents.

Samirah always accompanies Dietzsch wherever she goes. Samirah has been seen in numerous Usman training sessions as he trains for another title defense against Covington in November 2021.

If you believe the saying that goes “For every successful man, there is a woman who works behind the scenes”. Then, Dietzsch is the living testimony of this school of thought.

Olusola Adebayo is a highly skilled, enthusiastic and motivated writer with over 10 successful years of experience.