Plus, a Good Bad and Ugly dive bar in West Chester, an update on Starr’s Bankroll and an exclusive Fond farewell dinner.

Happy Monday everyone. Welcome to Foobooz’s weekly news roundup. We have a few things to settle – a few openings, some pickle news, two major league updates and a final farewell to one of the city’s most beloved French restaurants – so let’s get started.

We’re kicking off this week with one of two new kids on the block: a brand new hotel restaurant promising oysters, pretzel sandwiches and a taste of the Mid-Atlantic on Chancellor Street. 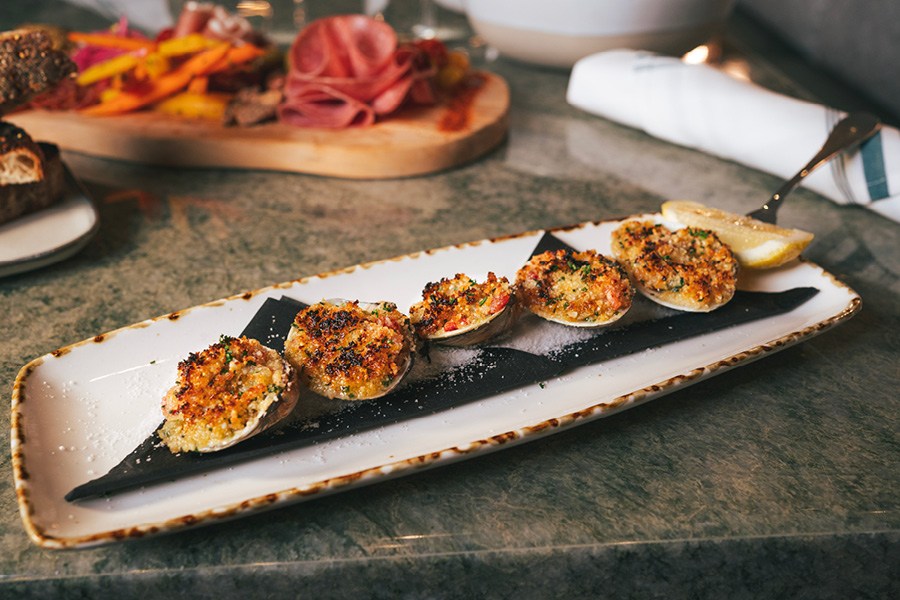 The Hyatt Centric Center City (which, yes, is a very strange name) is the first of Hyatt’s “lifestyle brand” hotels to open in Philadelphia. It has everything you could want in a hotel — beds, a roof, doors that lock — plus Peloton bikes in the fitness center and fancy hairdryers in every room. (That’s the “lifestyle” part.)

And now there is also a restaurant. Opened last week Patchwork (which is also a bit of an odd name) is a combination bar, restaurant and take-out breakfast, brunch and dinner market offering a local take on flavors from the mid-Atlantic region. We’re talking Cape May oysters, onion marmalade burgers on cambozola brioche buns, blackened salmon with Jerusalem artichoke tostones and leek chimichurri. And what’s more Philly than leek chimichurri?

No just kidding. The place makes as much of a swing for the locality as any other hotel restaurant. There’s New Liberty gin and Dad’s Hat rye behind the bar, breakfast sandwiches on pretzel rolls, and executive chef Jonathan Dearden has been hanging out at the Red Owl Tavern in the Monaco hotel in Old Town, so it doesn’t come cold in Philadelphia. Moreover, the burger really looks very good.

Patchwork has a bar that’s open nightly, offering original Philadelphia liquor-based cocktails, and its 24-hour market offers sandwiches, salads, and coffee. It is, in all respects, a hotel restaurant – well funded, well appointed, not entirely out of place – but it is new and open and these days it is still something to celebrate. 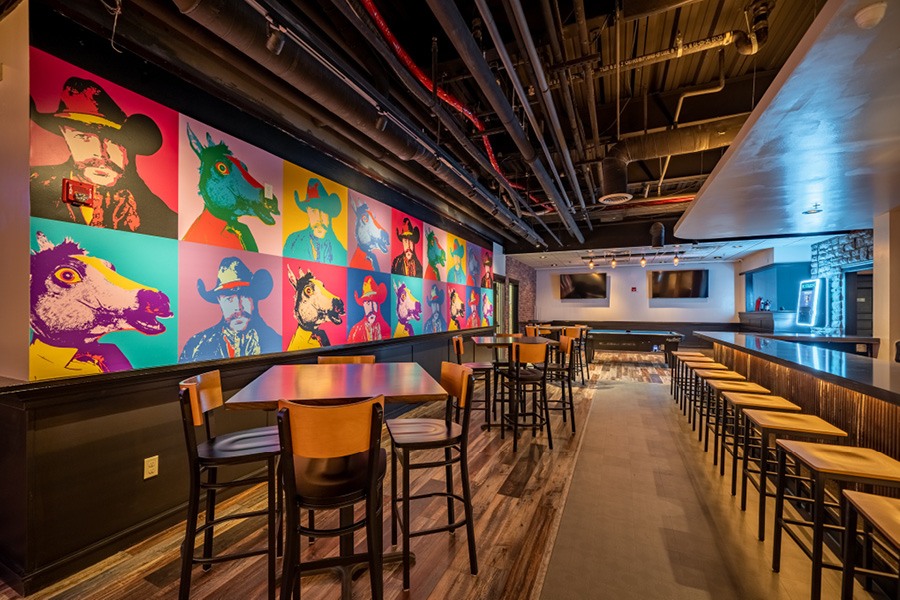 Getting ugly in West Chester

Once upon a time there was a restaurant in Lansdale that served me one of the best sandwiches of my life: a beef brisket sandwich with gouda cheese and horseradish that I still fondly remember to this day. The restaurant was called Stove & Tap, and it was run by a Starr expat named Justin Weathers who, along with his partners, would open several more restaurants around the mainline, including two more Stove & Tap locations in Malvern and West Chester . . It is that of West Chester that interests us today. Because Weathers and his partner, Joe Monnich (also a Starr veteran), just announced a brand new opening – in the basement of Stove & Tap.

Not really. They literally took the whole “dive bar underground” and opened a joint called Good Bad and Ugly under the West Chester Stove & Tap – a 2,000 square foot bar-focused concept with seating for 50, games of bar, snacks and “modern cowboy vibes” inspired by spaghetti westerns and Tarantino movies.

Apparently the space used to be some kind of nightclub, but now Weathers and Monnich have taken over the space and turned it into their own little drinking cowboy fort, complete with an 80-foot bar, big-box TVs ass, Warhol-inspired cowboy wallpaper and custom cocktails. Chef Yasser Wolf (who also runs the kitchen upstairs at S&T West Chester) has created a menu of fries, wings and burgers to keep everyone fed. And the place is currently operational Wednesday through Sunday with happy hour deals every day it’s open.

So hey, if you’re in the neighborhood (and in the mood to get weird in a basement with a bunch of strangers), stop by. The place looks really fun. You can check all the details on the right here. 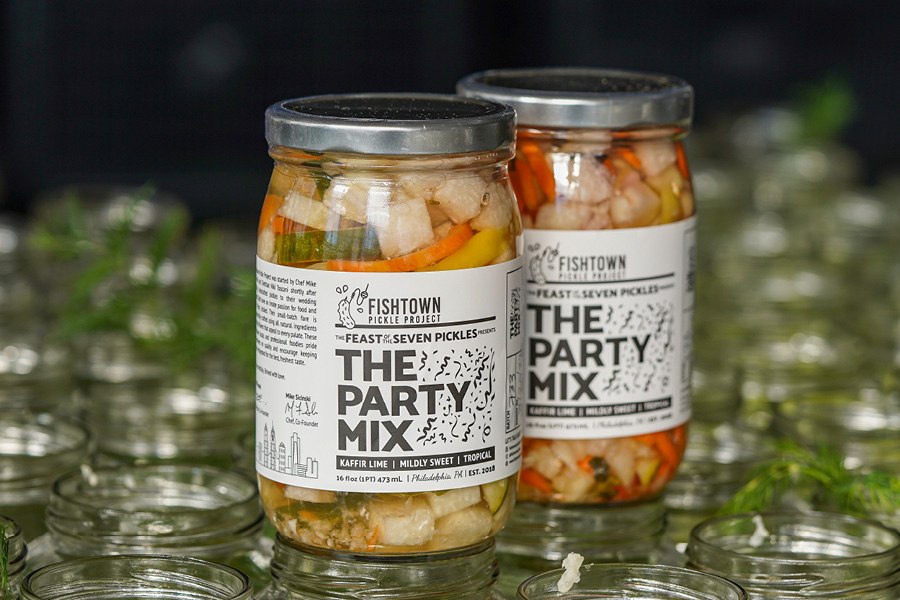 You remember last month when I told you about the Fishtown Pickle Project’s Feast of the Seven Pickles holiday event, right? This event sold out FAST (and had a waiting list of nearly 200 people), but then ended up being delayed due to COVID. It was a whole and really disappointing for a lot of people.

But hey, here’s some good news: the FPP team has now found something to keep all the pickle fanatics going until the new event date in April. They sell a pickle mix that will allow you to taste the feast of seven pickles from the comfort of your own home.

They call it the Feast of the Seven Pickles Presents: Party Mix, and it’s a jar full of all the pickles that would have been featured at the event – “cucumbers, mangoes, papaya, habanada and chef Eli Kulp’s aji dulce peppers, blueberries and jicama, marinated with kaffir lime leaves, rice wine vinegar and apple cider vinegar.

So if you really love pickles, today is your lucky day. Check out the Fishtown Pickle Project on the right here.

So what’s left this week?

Last week we talked a lot about Stephen Starr’s new project: the Bankroll sports and entertainment complex in the old Boyd Theater on Chestnut Street. And I already have updates.

First, it looks like Bankroll got its zoning approval last week and will go ahead with construction immediately. The project will take over not only the Boyd space, but also the old Gap house which was next door. The band promises to “restore the old Boyd Theater to its 1920s art-deco glory,” which is good. (The Gap, I suspect, will NOT get the same sympathetic restoration.) And it looks like they’re aiming to complete the entire project by fall 2022, which is ambitious, but not impossible. I’ll be keeping an eye on the project so, as I always say, you’ll know more when I know more.

city ​​vineyard opens a tasting room at 990 Filbert Street this Friday. The city’s first urban winery will use the space to invite customers to “enjoy a true tasting room while sipping, nibbling and discussing the art of winemaking with trained experts – just steps from the place where the wine is made”.

The grand opening is February 4. From now on, the tasting room will be open Thursdays and Fridays from 4 p.m. to 7 p.m. and Saturdays from 1 p.m. to 6 p.m. 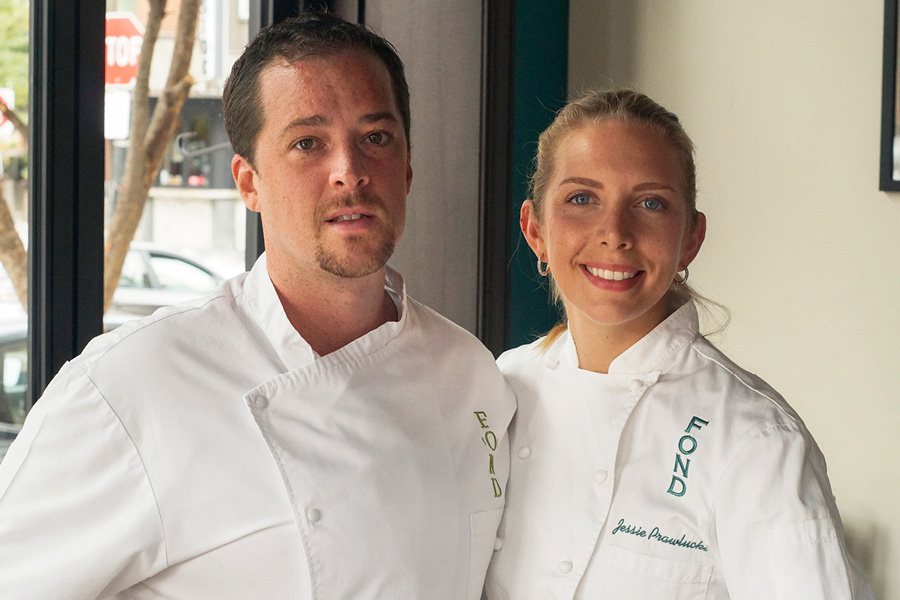 And finally this week, some bittersweet news. As you know, Fond – one of the best French-American restaurants in town – closed its doors in December. Chef Lee Styer decided to close it so the space could be the new home of The Dutch – the Dutch-inspired brunch he ran for years with partner Joncarl Lachman.

But here’s the sweet part: Fond returns for one last service with a Valentine’s Day dinner on Monday, February 14. It will be five courses, all cooked (and served) by Styer. Lobster and shrimp risotto. Barramundi in a coconut curry broth with black trumpets. Filet mignon with black truffle and Bordelaise sauce. He will do everything. There will be wine pairings, conversations, laughter, maybe tears. Who knows? But it’s gonna be good.

The thing is, there will only be one seat at 7:30pm on the 14th. Which means space is EXTREMELY limited. Tickets to A Fond Farewell Valentine are $500 per couple, and if you’re lucky, you might be able to score your own by emailing [email protected]