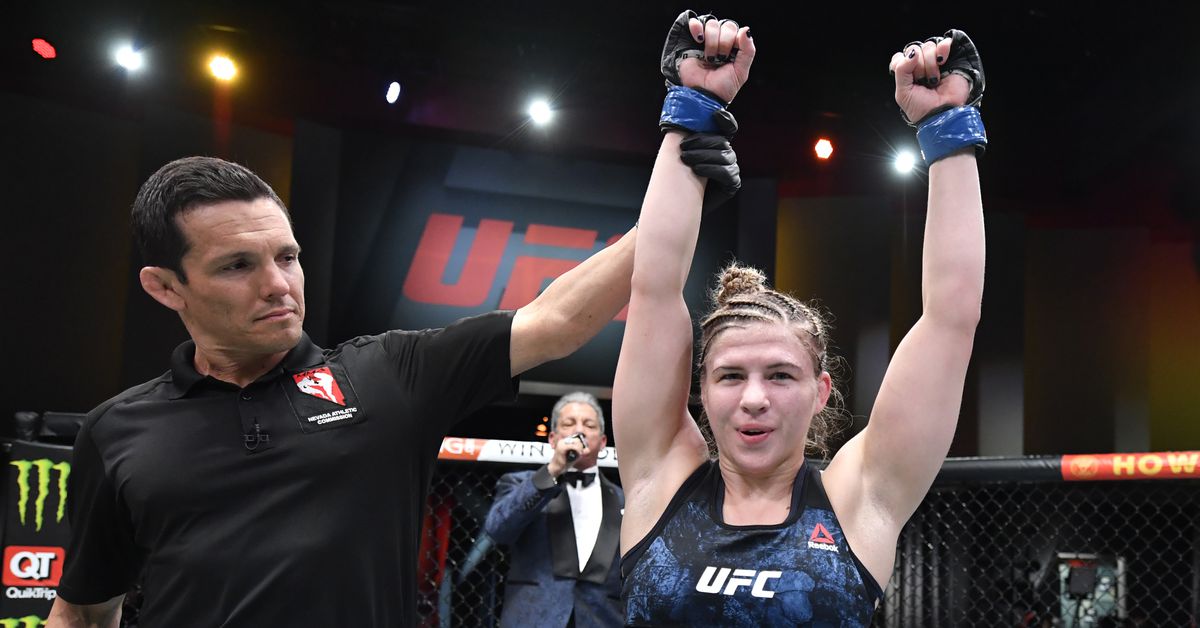 Miranda Maverick gives Maycee Barber some advice ahead of their fight at UFC Vegas 32.

Maverick, 24, and Barber, 23, are two of the Ultimate Fighting Championship’s (UFC) women’s flyweight division’s top prospects, but they follow completely different paths. Maverick (9-2) is a perfect 2-0 in the Octagon; meanwhile, Barber (8-2) has just suffered back-to-back losses. Ahead of UFC Vegas 32 – which takes place at UFC Apex in Las Vegas, NV on Saturday, July 24 via ESPN + – Maverick tells MMAMania.com that Barber’s story is one too many, too soon.

“They kind of threw it in a lot of people really quickly. I think she should have had a little more time to develop, ”says Maverick. “I don’t like people saying ‘she’s not necessarily the future anymore’ because that sort of discredits her. I think she’s still very young and people are looking past that. Many girls don’t even start at her age. You know, they’re already older than her. The whole flyweight division is older than her. By the time they all retire, she will still be one of the best girls.

“Maybe she needed more time to develop,” she adds. “Besides, the way she fights isn’t exactly calm, isn’t exactly technical all the time. So, you know, this development between fights and being humble enough to come in and get the job you need between fights is the most important thing. And sometimes you just aren’t the best person. Some losses are normal in a fighter’s career and it is important to be able to handle those losses well. “

Maverick says staying calm in the whirlwind of fighting comes down to confidence.

“I think it all depends on your state of mind,” she said, pointing out how more and more fighters are turning to sports psychologists. “I was kind of brought up under pressure. I just stay very calm. There will never be pressure like the one I grew up with, like working on the farm, having your own life and the lives of others in your hands while you work …

“And also, like my faith, I credit him a lot. I have nervousness, worries that I have to walk in the cage that I give to God. And I’m like, I’ve already done everything I can to get here. I’m going to do the best I can, go out there, use all my abilities, my talents, all the techniques I’ve learned, and just go fight, ”Maverick continued. “What’s the use of being angry about it or aggressive or not really knowing?” I feel like it really comes down to a question of trust. If I didn’t have the confidence to win or the confidence in my own technique, I guess I would be very throwing and throwing and doing whatever it takes instead of staying focused and calm and do the moves I know I have.“

Maverick, who has defeated Liana Jojua and Gillian Robertson in his two UFC fights, methodically plans his way up the flyweight ladder.

“I think a lot of us can’t wait to get to the top. You know, right now, for example, it’s a stagnant division, and they almost do it that way. It annoys me a bit with matchmaking. They continue to kick these young girls out by pitting them against each other instead of the older girls pitting them against the younger ones, “Maverick said. “I try to go slow. I wasn’t like, ‘Give me the title now. “At the beginning, it was two years. Now I want another year before I give myself that title fight.

UFC Vegas 32, which will air on ESPN +, is led by Cory Sandhagen vs. TJ Dillashaw in a fight that will likely determine the next UFC bantamweight title contender after Aljamain Sterling vs. Petr Yan 2.

Have you finished reading this story? The party must not stop. Click here for more on the latest UFC news.