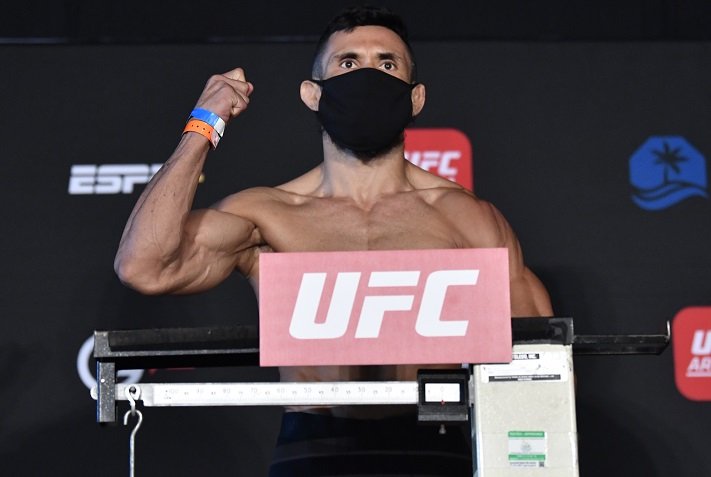 A hard-hitting pair of bantamweight will be throwing themselves in February at UFC 271.

Fight was the first to announce the news that Douglas Silva de Andrade will face Sergey Morozov at the PPV event on February 12, 2022. Morozov will later confirm the booking via social media.

Silva de Andrade (27-4) was just released from a Performance of the Night knockout of Gaetano Pirrello last week at UFC Vegas 38. The victory marked the second performance bonus of Silva de Andrade’s career in the ‘Ultimate Fighting Championship. The Brazilian has also returned to the bantamweight bout after going 1-1 at featherweight. Silva de Andrade is 5-4 in the promotion with losses to Petr Yan and Rob Font.

In his last outing, Sergey Morozov (17-4) claimed his first UFC victory, defeating Khalid Taha by unanimous decision. The Kazakhstan fighter lost his UFC debut to much-vaunted Umar Nurmagomedov in January on “Fight Island”. Morozov is a former M-1 bantamweight champion with nine finishes to his name.

No venue, location or broadcast plan has been officially announced for the UFC pay-per-view on February 12. However, the highly anticipated middleweight championship rematch between Israel Adesanya and Robert Whittaker would be front page news.