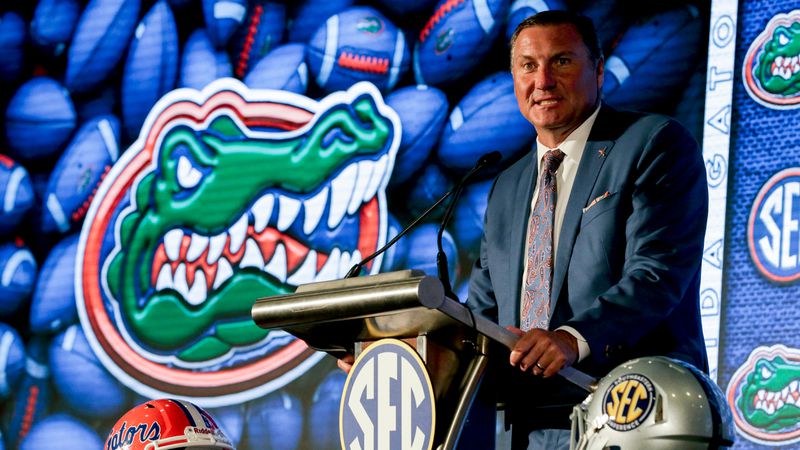 HOOVER, Alabama – Gators coach Dan Mullen is still learning the logistics and legality of the name, image and likeness.

Like the recent announcement in Miami that a mixed martial arts gym will provide $ 500 per month to every Hurricanes scholarship player. Mullen was asked about this on Monday during the SEC Media Days at a small rally with local reporters. He answered this question with a question of his own.

“Is this legal? Mullen said.

Dan Mullen and his shoes are there pic.twitter.com/RksoJ7sQef

“I think if that’s the case, obviously there will be a lot of support from the Gators and there (are) people to do it. My biggest problem is how do we make sure this is legal, ”Mullen said. “… I don’t need to end up in jail for breaking rules that we’re not even sure we break.”

Mullen said he is “always learning” about the big picture, like almost everyone in varsity athletics.

“I don’t want to say something and all of a sudden I’m before a state committee about it,” Mullen said.

In other media news, Mullen declined to give details but said a “fairly high number” of players have received coronavirus shots. Mullen was vaccinated this spring.

Commissioner Greg Sankey said six of the league’s 14 teams have reached the threshold of 80% of players vaccinated.

“This number has to grow and grow quickly,” Sankey said.

I’ll have more from the Gators and SEC media a few days later.